Hello, welcome back! I’m so sad I can’t be at VidCon this year, but here’s a post/video! It’s a bit long whoops, but I’ve added timecodes in the description of the video so you can jump if you want to watch specific parts.

This is all or mostly my thoughts. Before we start, I want to ask you all a question. It just so happened that the past three posts/videos for Pride month were all about history — about the Pride flag, the Pulse shooting and UpStairs Lounge fire, and the Stonewall Riots. It just happened, I didn’t mean to do that, but that’s fine. A couple posts/videos upcoming will also be about history. My question is this – should I go ahead and make Queer History an official series on my channel, like I do for ASL Ponderings? The title would look like this: “_(insert title here)_ | Queer History.” Let me know if that’s a thing I should do! (Editor note: Many of you said you liked this idea and would love to see this series happen, so it’s going to be a thing!)

I’m going to start with When We Rise. It’s a series on ABC, it first aired on Feb. 27th and ran until Mar. 3rd 2017. (Currently, it’s available for free and is captioned.) It’s basically about relatively recent queer history. This miniseries starts right after the Stonewall Riots in 1969. It starts around 1970 and goes to, well, now. It follows three main people in queer history: Cleve Jones, Roma Guy, and Ken Jones. They’re the ones that are most consistent in all four parts of this miniseries. It includes Roma’s girlfriend (later wife), Diane Jones. They also have appearances from Gilbert Baker, the creator of the flag; Cecilia Chung, a transgender activist. I’ll sum up what it’s about first, then I’ll give you my thoughts about it. It’s broken up into technically eight parts, but if you go to the ABC website, it’s split into “nights” and there are four nights in total (two parts each night). Night I & II happen during around 1970 to 1980s. Like I said, right after the Stonewall Riots. It follows Cleve and his coming out as gay to his family, moving to San Francisco because he heard it was really good for queer people there. So he moved, got involved with activism, all of that. The same with Roma after she came back from Africa and decided to become involved with NOW, and moved to California, hoping for a more open group of women. Basically, that whole growing of the queer movement in that time period. Continuing into the 80s, that’s around when AIDS started to spread. At the time, it was called GRID (gay-related immunodeficiency). They tell the story of the whole crisis and attempting to get care, figuring out what was going on. Night III jumps to a decade later, in the 90s. Night III happens during the 90s, around 1992 and 1997. That’s when Cleve Jones created the AIDS quilt and put it on the White House lawn. His visiting ACT UP, Human Rights Campaign, more political activism becoming commonplace. All of that, the establishment of different political activist organizations. Night IV starts in the 2000s, around 2006, 2008 and ending in 2015. That section follows Prop 8 in California, Prop 8. For making same-sex marriage illegal and banning people from marrying. The protests, Supreme Court overturning Prop 8, saying it’s unconstitutional. All of that. It ends in 2015 when Supreme Court declared marriage is legal for everyone. That is a basic summary. I want to mention that all of the people I named earlier – Cleve, Roma, Ken – were consultants on this. Like, the real people were consultants on this show, so it’s not like they made up the story. They had the real people tell their story, and made a series from it. Now my thoughts on it… Um. Night I and II, a little of III, but Night I and II were really specific, in depth. It actually had details of how things happened. I feel a little bit… The beginning had good details, was actually interesting but then starting around Night III, I felt..mm… I don’t know. It could have been done a little bit better. And it doesn’t help that it had a different director for each of the four parts. So… That complicates things. Night III and IV felt really superficial, not very in-depth compared to the first two parts. The plot wasn’t—yes, it’s real life events but it didn’t really add that many really touching, REAL stories so… It felt a little bit lacking at the end. But overall, it’s a good basic overview at recent queer history. So yeah, I would recommend you watch it but only if you have a lot of time [laughs] because each part is about a hour and half. I don’t really have that many thoughts about it because I feel a little meh about the ending of it. Overall, good. Moving on.

Moonlight. Really good! I watched it just two days ago, it’s on Amazon Prime if you want to watch it. It’s so good. It definitely deserves that Oscar. The movie was a little bit unexpected. The whole thing focuses on one person, and is split into three chapters. The first chapter is when he’s about 10 years old, I think 10? Second is around high school, so 16, 17? The third part is in his 30s? Early 30s, late 20s? And… it is good. One thing that I really liked is that they never actually SAID gay. They were vague. He could be gay, he could be bi, he could be queer. But there was no specific labeling, “I am gay.” Nothing. I liked that. I liked that they left it ambiguous. Really, it’s good. I would definitely recommend you watch it.  I don’t want to tell you too much because I want you to watch it, it’s really good. 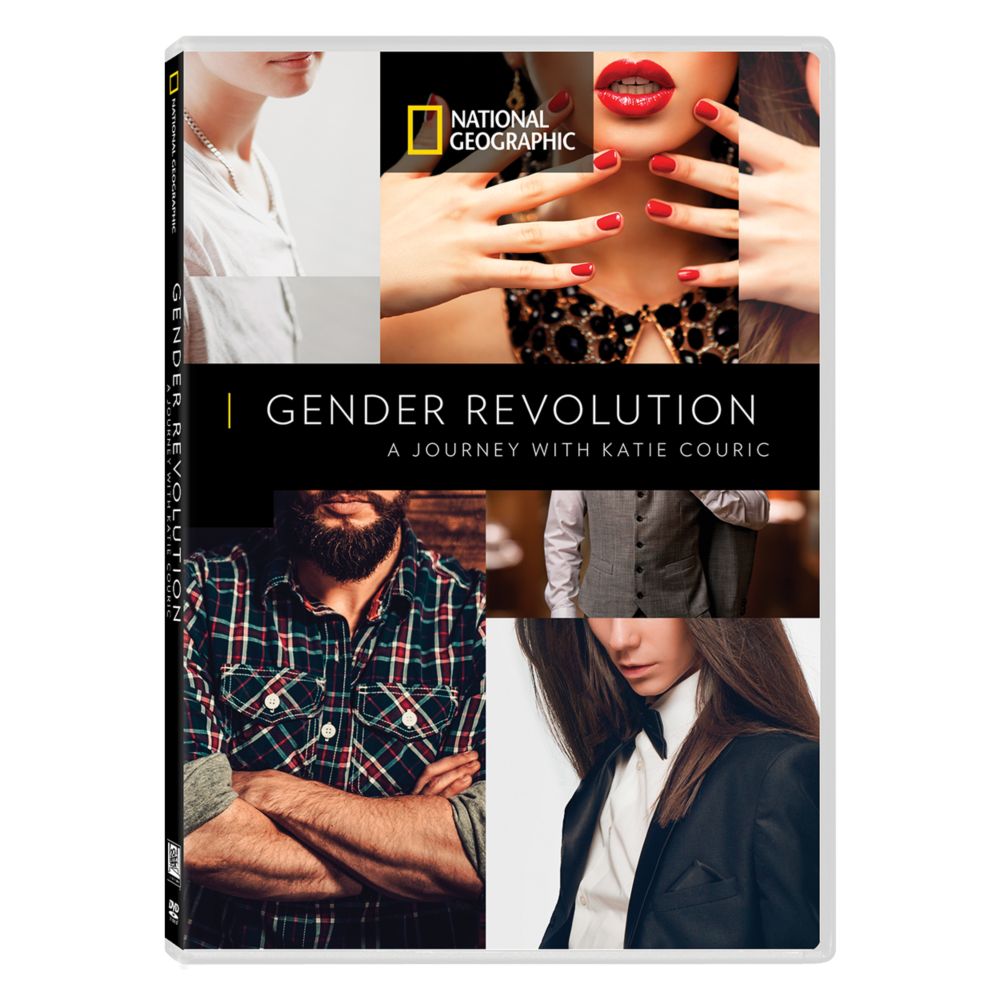 Okay, now Gender Revolution. It has a companion magazine issue. I have the DVD from National Geographic, I also have the magazine. I bought the magazine in the store because I don’t have a National Geographic subscription. But if you have a subscription, that specific issue will have a different cover, as shown below (left: subscription, right: store). But yeah, I got that magazine when it was first released because I was like, I need this. It…is fascinating, really good. And then the DVD is, it’s a little bit… Hmm. It’s interesting because it’s kind of like a documentary with Katie Couric. She travels the country, talking with people who are in different parts related to this, like intersex, trans, whatever. I think it’s good. I’m really, really disappointed that the special features don’t have captions.

They almost never do. I’m always pleasantly surprised when they do actually have subtitles. But this doesn’t, so that’s a little unfortunate. I’m hoping to maybe look online and find them with subtitles but. Anyway. This is good because Katie Couric, she is learning during this, she’s learning about gender, how people relate with it, about intersex, about trans people, all of that. So I thought that was cool. However, it’s a lot of stuff that if you are trans, intersex, or have a good understanding of gender, this is nothing really new. I would recommend this to people who are struggling with understanding gender, and the magazine as well. The magazine is probably better because you can read at your own pace. Plus the magazine has more specifics in it about certain things. So. Yeah. That was a really quick overview.

I do want to add one more thing before ending. Spoiler warning! Spoiler alert for Madam Secretary. If you watch that TV show, and you haven’t caught up on all the recent episodes, and you don’t want to be spoiled, stop now. In the second-to-last episode of the most recent season (S3.E22), there is one character that came out as bi. This person was Blake Moran Aaaahhh! Finally! In media, in general, there aren’t really any good representations of bi characters. Yeah, we still don’t really have good representation for “mainstream sexualities” – gays and lesbians, plus trans people. It’s still ehh representation for those, but bi people? Pfft forget it. They don’t get any representation to begin with. SO. When I saw that they had someone come out and say they are bi, ah, yes! And the way they did it, beautiful. It was done really well, they did it really well. So far, it’s only between Blake and Madam Secretary. No coming out to their co-workers. For the whole series, people read him as gay. But no, he’s bi. So I’m like yes! Thank you, M. Sec. writers, for making him bi, not gay.